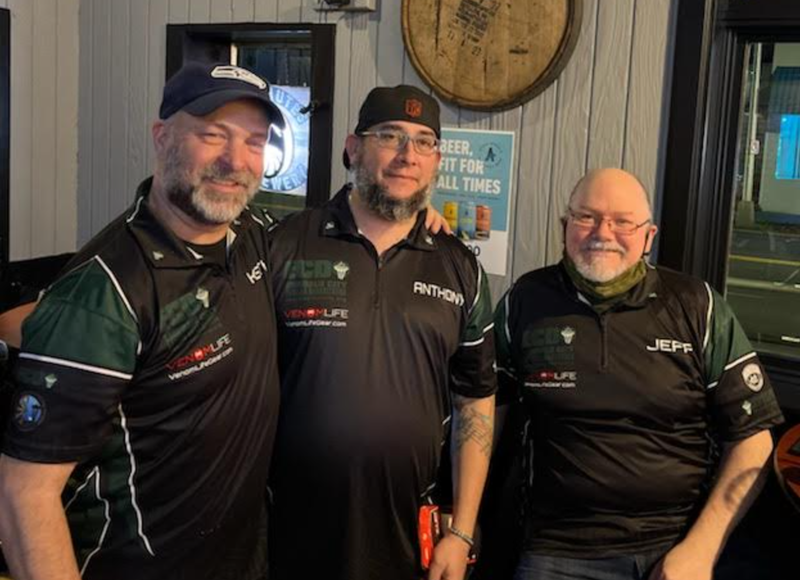 Winter, Spring, Fall and Summer Seasons, Regular Seasons
The Advanced Singles League runs 4 regular seasons where the top players earn tickets to respective ADO National Qualifiers. ADO Tickets are awarded to the top finishers in the championship tournament held at the end of the season. Prizes will be one ADO Ticket for each $110 in league and venue matching funds that have accumulated over the course of the season. The league and the venue each contribute $5 per player entry. These monies are used to pay the $110 entry fee required to participate in an ADO National Qualifier. This usually works out to 1 ADO ticket awarded for every 11 player entries (player count is accumulated across sessions).

Interim Seasons
At the discretion of the Tournament Director, Advanced Singles League may opt to run interim seasons. The players will not compete for ADO tickets during interim seasons and there may be no season championship. During interim seasons each week is run as an independent event. However, for players who pay the season league fee, the match results and statistics are compiled over the course of the season and will be added to the yearly standings used to rank eligible players for the Coopers Cup Singles Championship. During the interim sessions when we are not playing for ADO Tickets we add the sponsor contributions to the nightly payouts.
​
League Fees and Player Rankings
Players are not required to pay the league fee to play each week. However, players must pay the league fee each season to be eligible to accumulate points, win ADO tickets, play in the season championship and be invited to the Coopers Cup Advanced Singles Championship at the end of the year. Subsequently, each player is responsible for paying the event entry fee whenever they play.
​League Rules and Bylaws